The Millionaire and the Great Wealth Transfer

I suppose I should start with a confession. I am a Baby Boomer, born in 1953 near the midpoint of the Boomer generation which spanned from 1946 to 1964. Coincidentally, RCA also introduced the first color TV in the year of my birth. Personally, I wouldn’t witness color TV for many years since our living room was graced with a 19-inch Zenith black and white television which served me well for cartoons and other viewing.

Two years after I was born, a very popular TV show was introduced which captured the imagination of the American viewing public – The Millionaire. People say a two-year-old couldn’t possibly remember anything until they are much older, and that may be true, but one of my earliest memories of TV is this show. The five-season series ran until 1960, and every episode began with John Beresford Tipton, a secretive, multi-millionaire (who we heard but never got to see), calling in his executive secretary, Michael Anthony, and instructing him to give a check for $1 million dollars (tax-free) to someone that Mr. Tipton had never even met. The only conditions were that the recipient could never reveal the source or amount of the money on the penalty of losing the gift. 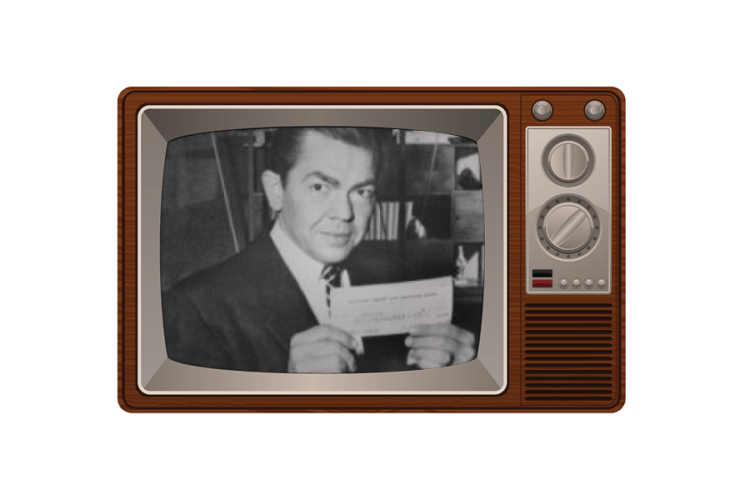 Why people liked this show so much, I can’t say. Perhaps it was because the concise thirty-minute shows illustrated the good and bad outcomes that come from instant wealth. Alternatively, it may have been because the show invited our families into a world of fantasy where they could dream about a Michael Anthony-like person knocking on their door and imagine what they would do with all that money.

I have another confession. This article isn’t about a fantasy world. It’s about an impending reality facing our generation – a reality that has been largely overlooked by our banks. An extraordinary fortune will pass from the Baby Boomer generation to their families, spouses and kids (the Gen X’ers and Millennials). “How much of a fortune?” you ask. This isn’t a $1 million-dollar check, but rather a king’s ransom in the vicinity of $68 trillion dollars of cash and assets in North America alone. That’s 68 times a million times a million, or a whole lot of Millionaire episodes.

This transition has been dubbed the “Great Wealth Transfer” and the “Silver Tsunami,” but the potential effects of the wealth changeover are hard to wrap our mind around. Practically, the Boomers won’t all die at once (at least I hope not), so the passing of assets will average about $1.5 trillion to $3 trillion every five years through 2050.

The most valuable legacy of these assets, though, extends beyond the real estate or dollars being transferred. This legacy includes the Boomer’s family values, business acumen and knowledge.

Every one of us passing an inheritance should be concerned that the next generation understands the key skills required to be successful in business and life, so that when the inheritance is transferred, it is used wisely, rather than squandered.

As a community banker, you know your customers. You know the individuals, their families, their stories, their assets and, in many cases, you know who has and who hasn’t planned for this inevitable transition. My question to you is this: How will you help your customers pass the baton to the next generation?

Not to be grim, but the statistics on death are impressive: 100% of people die. Regardless of what your bank does, assets will pass to someone, somewhere, somehow. To be a little more practical, since the women of the Boomer family will outlive the men by 3 to 5 years, who is focusing on how they will handle the transfer? As a community banker, you must ask yourself, “Who will become the trusted advisor helping your customers successfully pass down legacy assets – both tangible and intangible?”

You have earned your customers’ trust over many years. Now you should consider who is in the best position to be the quarterback of this once-in-a-lifetime process for your customers. Will it be estate lawyers, accountants, investment advisors or business brokers? Perhaps it should be you, their trusted hometown banker. The very future of your bank could depend upon this decision.